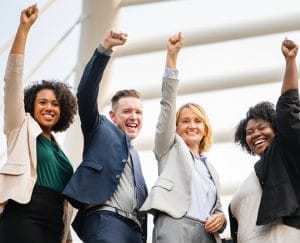 I had multiple conversations recently with a hiring manager in the oil and gas industry who was in the process of filling several positions within his organization. 4 roles to be exact.

Although he followed a traditional route of posting positions online – he also employed the use of a recruiter, conducted independent searches through LinkedIn, directly tapped his network, and accepted internal referrals and applications.  A diversified recruitment approach.

Guess which method proved most fruitful in his search for quality candidates? Referrals!

Out of approximately 40 applications:

The old adage “it’s not what you know but who you know” continues to remain very relevant in modern hiring practices.  The best way to get noticed, and get hired, is by direct referral and networking. If you have someone who can vouch for you ‘on the inside’ – your chances of getting interviewed drastically improve. The candidate pool is a lot less competitive and your chances of being hired goes up.

“60% of job seekers have referred a friend or contact to a company they’ve worked for — and 35% of job seekers obtained their current or most recent job from a referral.”

The report goes on to share that while job boards are still useful, friends and referrals are the best actual source of new job opportunities! 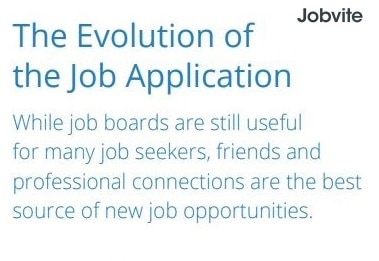 Job seekers aren’t the only ones benefiting from the lucrative referral process.  Hiring managers (like the one in this post) also feel that referrals bring in higher quality candidates. According to iCIMS’s 2017 Modern Job Seeker Report:

“Sixty percent of employers believe referrals bring in candidates that are a better fit for the company.”

So how exactly can you get referred for a job?

Working directly with friends, family, colleagues, professional contacts, professional forum members, and even alumni are your key to success.  Engage with these individuals regularly and make sure they know what you are good at and what exactly you are looking for

.Jobvite agrees. Their study claims that social media, professional connections, community forums, and word-of-mouth are “the go-to source of new opportunities”, with friends being the job-seeking jackpot!

So if you are job searching- or thinking about changing jobs – make sure you involve your network.  Go out and win the jackpot! 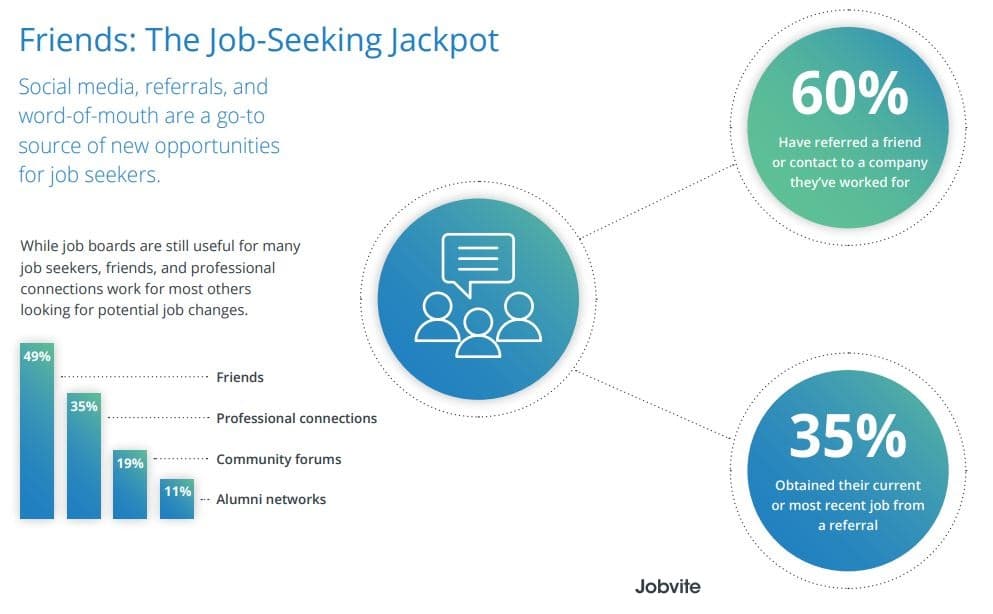 Share on TwitterShare on FacebookShare on PinterestShare on LinkedInShare on Email

Looking to take your executive resume or job search to the next level to land your next job faster and increase your earning power? I can help! Visit me online at CareerImpressions.ca to learn more about my award-winning resume writing, LinkedIn writing, and job search strategies for top professionals and executives located across Canada and the USA.
Posted in Job Search Strategies